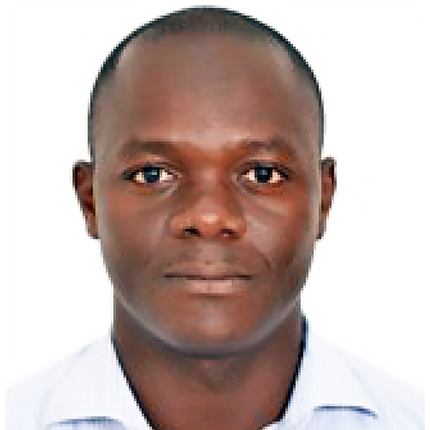 Karim Ouattara is a Primate Conservation biologist, with a with a specificity in Ethology (animal behavior). He’s currently Associate professor at University Félix Houphouët Boigny (UFHB) Côte d’Ivoire. He’s also Head of research group in conservation et valorization of natural resources at Centre Suisse de Recherches Scientifiques en Côte d’Ivoire (CSRS). Since 2017, he the treasurer of African Primatological Society. He’s Co-investigator of the project to Protect Endangered Primates in the Tanoé-Ehy Forest Southeast of Cote d’Ivoire, funded by the FFEM /PPI4 / IUCN with NGO Action for Conservation of Biodiversity in Côte d’Ivoire (ACB-CI). After several years of research in ethology in Tâi National park, he’s extending his research in savanah primates with a focus on white-napped mangabeys.  In Africa, He assumed the position of program manager for a pan African consortium Afrique One (African Research Consortium on Ecosystem and population Health (www.afriqeuone.net ). Since 2016, he’s the Senior Monitoring and Evaluation Assistant of that consortium.  He’s the Secretary of national NGO Action pour la conservation de la Biodiversité in Côte d’Ivoire.

He has won in 2016, the Award of Excellence 2016, 3rd prize for best teacher-researcher of Côte d’Ivoire. In 2009, he was the winner of the WWF -CSRS Prize for scientific research in partnership for the conservation of the Taï National Park. Moreover, in 2009, he has won the Fyssen Postdoctoral Fellowship in France. He has authored 22 publications with 15 on primates, 3 book chapter with 2 on primates and attended 23 international conference with oral presentations between 2009 and July 2018.