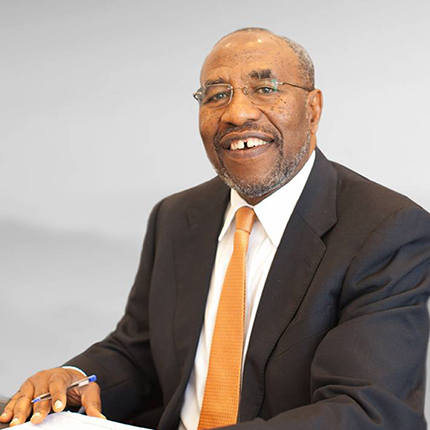 The Prime Minister of Uganda

Rt Hon. Dr Ruhakana Rugunda was sworn in as the Prime Minister of the Republic of Uganda by H.E. President Yoweri Museveni on 2nd October 2014, becoming the 10th person to hold the office since the country’s independence in 1962.

From January 2009 to 2011, Dr. Ruhakana was Uganda’s Permanent Representative to the United Nations, when the country held a seat at the United Nations Security Council. He held this position at a Ministerial level.

Dr Rugunda has led many Government initiatives,including the Government of Uganda delegation to the Juba- based Peace Talks between the Government and the Lord’s Resistance Army (LRA) from July 2006 to January 2009.

From 1989 to 2001 he represented Kabale Municipality as a Member of Parliament.

Prime Minister Rugunda attended Kigezi High School and Busoga College Mwiri, before joining Makerere University and later the University of Zambia where he graduated as  a Medical Doctor in 1975. He also holds a Masters Degree in Public Health specializing in Maternal and Child Health from the University of California, Berkeley, USA (1978). He also studied Pediatrics at the University of Nairobi (1982-1984). He started his Medical career in Zambia as a Physician, worked at Washington DC General Hospital as a resident physician, and at  Kenyatta National Hospital, Nairobi, Kenya.

Rugunda was keenly involved in student activities and held responsibilities as President of African Students Union, University of California, Berkeley (1977-1978); President of National Union of Students of Uganda (1970-1971) while at Makerere University, and President, Kigezi United Youth Association (KUYA).

Prime Mininister Rugunda is on social media and can be followed on:
Facebook: RT Hon. Dr Ruhakana Rugunda, and on Twitter: @RuhakanaR